Impact On The Highrise of Cannabis Use 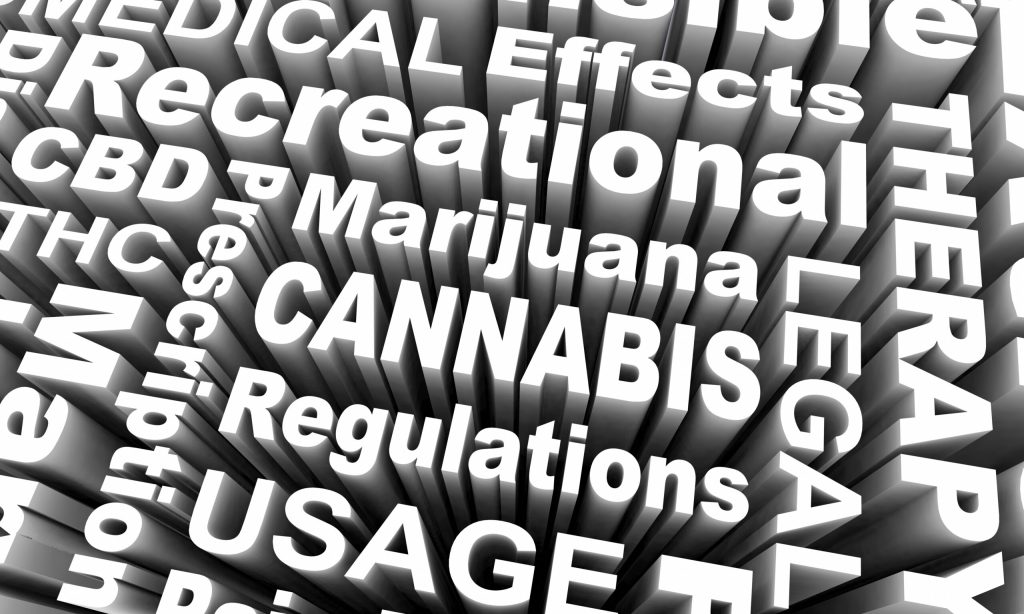 Do you know that more than 3.8% of the planet’s population uses Cannabis or marijuana? These are the recent statistics from the United Nations that states that 158.8 million individuals worldwide use Cannabis.

As more and more countries are legalizing the recreational and medicinal use of Cannabis, people are getting more interested in Cannabis. Moreover, new studies continue to resurface the people seeking holistic solutions for their conditions are also looking upon this plant.

The boom of the cannabis industry is mainly because of its legalization, and now that Cannabis is getting a green signal, the increase in employment of Cannabis is not a surprise. But is this high rise of cannabis use good for humans? What are the goods and bad, here we will discuss everything? S lets get to it.

A Brief History of Cannabis Legalization

Cannabis, commonly known as marijuana, entails hazy regulations across the globe. While the US and Canada have been quite open-minded about its use lately, European countries have much to cover.

In December 2018 USA sanctioned a hemp farm bill according to which recreational and medical use of Cannabis is legal until it has less than 0.3% THC, which is the psychoactive element of the plant.

On Oct. 17, 2018, commercial use of marijuana was declared legalized in all provinces and jurisdictions for individuals aged 18 and up, making Canada the nation to do so.

Regarding EU legalization toward Cannabis, Malta is the first European Union member to decriminalize cannabis farming and individual use.

Individuals will be capable of carrying up to seven grams of marijuana in their possession and cultivating up to four plants at residence.

However, it will be prohibited to smoke it publicly and in front of youngsters. Several other countries, including Germany, Luxembourg, and Switzerland, have big ideas for Cannabis.

In the Netherlands, which is known for its weed restaurants, marijuana is still officially banned. Whenever the substance is distributed at coffee houses, there is a diversity for it.

This year or next, Italy will conduct a vote on the matter. In contrast, South Africa, Mexico, Jamaica, Portugal, and many US states recently have passed specific laws.

In 2013, Uruguay became the first nation to legalize pot for recreational use, trailed by Canada in 2018. However, the medicinal use of Cannabis has been legal since 1999.

Moreover, the UK has been generous towards Cannabis as well as they allow to use of hemp-derived products only if they have less than 0.2% THC.

Now observing the changing legal status of marijuana, you can say that soon there will be more countries with legalized pots. For many individuals, these statistics are pretty promising. However, those who do not advocate cannabis use are concerned about this rise.

What Are/Will be the Impact of Cannabis legalization?

The cannabis market is anticipated to undergo dramatic changes in the coming years. Not simply because the market is predicted to increase, consumers tend to be well informed regarding Cannabis and buy various marijuana products.

The cannabis industry will encounter numerous hurdles; here are a few of the best developments we may expect to see down the road:

Recreational sectors in the United States and Canada will continue to be the strongest vital around the globe for cannabis revenues. However, global markets such as Germany, Israel, and Australia will grow significantly within five years.

According to specific estimates, the cannabis market could be worth 130 million dollars each coming year. Although this is unlikely to happen just now, the number illustrates how quickly the industry expands.

As additional studies uncover the benefits of Cannabis, worldwide enthusiasm for its legalization is at an all-time high.  Not only that, but the increasing numbers of cannabis users also entices the entrepreneurs to get their share of the ever-expanding market.

Not alone might new hemp consumables be accessible, but producers are also sure to develop new varieties. Additionally, cannabis-infused drinks are anticipated to become increasingly readily accessible and popular. Some of these drinks are produced by corporations with a significant presence in the drinking market. Molson-Coors, for instance, is exploring making a cannabis-infused drink, and Coca-Cola is thinking about making a CBD-infused fizzy soft drink.

Although consumables have always been appealing, there will probably be a more excellent range of these items on sale in the future. Thanks to the chemical’s increasing popularity, CBD edibles are also likely to sell by businesses that aren’t typically engaged in the cannabis market.

There will probably be more mature clients, and the proportion of women cannabis users will likely increase with time. Furthermore, as the year progresses, there is expected to be a more remarkable combination of medical or recreational marijuana users.

Consumers Will Be More Mindful Of The Benefits

Researchers are discovering that marijuana and the chemicals found inside can have significant therapeutic advantages, including possibly reducing cancer risk. The general population is expected to become increasingly mindful of the prospective rewards. Moreover, the idea that hemp is far better than alcohol will become more widely known.

New Research About Uses Of Medical Marijuana Will Resurface

Researchers and scientists have discovered that some chemicals in marijuana may have anti-cancer capabilities, and additional research is expected. Researchers are finding out that not only does the plant have these qualities, but they may also be able to create novel chemicals derived from natural cannabinoids. These chemicals could have a considerably more powerful anti-cancer impact.

Moreover, the NFL recently announced to fund the cannabis research cannabis benefits for pain management in athletes. So considering this, we are likely to hear more about cannabis’ health benefits soon.

People Will Become More Familiar With The Compounds In The Plant

The benefits of Cannabis aren’t limited to THC and CBD, and researchers are learning about the perks of other cannabinoid chemicals found in the plant, like CBC, CBG, THCV, and CBN. Furthermore, terpenes are found in marijuana, and these compounds substantially impact the euphoric effects of specific cultivars.

Consumers of Cannabis are also becoming more mindful of the impacts and advantages of cannabinoids. Other than THC and CBD, producers are inclined to develop strains with high quantities of certain compounds and therapeutic cannabinoids.

As researchers understand the possible benefits of medical Cannabis, practitioners will be more willing to recommend it to their patients. This will lead to an upsurge in purchases at dispensaries across the nation.

What are The Good and Bad Sides of Legalizing Cannabis?

Even though many countries are moving toward more broad decriminalization of marijuana, cannabis legalization remains controversial. There is a case for and against legalizing marijuana for every reason in favor of legalization. There are facts on drug legalization to back up both aspects of the debate.

Cannabis legalization advocates believe that punishment is ineffective as a deterrent to cannabis consumption. That decriminalization enables the pot business to be controlled the same way that alcohol and cigarettes are. Furthermore, they claim that if revenues and duties from legal cannabis businesses are directed into prevention and rehabilitation efforts, more people will obtain assistance.

Legalizing drugs, they argue, will also assist in solving the vastly disproportionate incarceration phrase and quantity of drug-related convictions amongst colored individuals.

According to a comprehensive analysis, drug legalization in Oregon will cut drug arrests for Black and Native individuals by approximately 95%.

Advocates also say that legalizing and regulating marijuana and other substances will make them cleaner for consumers.

Those on the opposing side of the marijuana legalization issue believe that widespread endorsement of Cannabis will result in more use and greater cannabis dependency, significantly since cannabis strength has progressively risen in the past three decades. They also argue that Cannabis is a gateway substance, with increased cannabis consumption leading to increased use of heavier drugs.

Do you know a 2020 assessment performed by Cowen research showed that 21 percent of 18-24 year adults that have not tried marijuana previously would use it if it were legalized?

There is a considerable debate among young adult mental health practitioners about decriminalizing drugs’ possible effects for this age bracket. They are raising questions about whether the legalization of marijuana will lead to a rise in drug misuse and marijuana addiction among Generation Z?

Cannabis use by young individuals has hit all-time peaks, notably frequencies of cannabis inhaling via vaping and smoking. According to the yearly Monitoring the Future (MTF) study, one out of every four youngsters consumes Cannabis, and nearly one out of every ten uses Cannabis daily. According to one study, Today’s Youth utilizes Cannabis at double the national proportion. Are these advances, however, related to drug decriminalization? According to research, the legalization of drugs has boosted cannabis consumption among grownups, although not among teenagers, as many had predicted.

Furthermore, drug legalization has altered the impression of Cannabis among young people. Only over a quarter of those polled by the MTF believed that frequent cannabis consumption is possibly hazardous. Furthermore, only approximately 6% of young adults said that occasional cannabis use posed a “significant risk of harm.”

Yet the danger may be even more severe at present since data shows that youngsters are experiencing pandemic-related fear, anxiety, and social separation at a higher rate than any other age bracket. As a result, individuals use Cannabis as a calming technique.

It’s too early to determine if drug decriminalization’s favorable or unfavorable impacts will have the most significant effect on this age bracket and community overall. Complete mental health care, on the other hand, can benefit adults that are struggling with cannabis use disorder as a result of unresolved trauma, sadness, or stress.

Are there any health benefits of Cannabis?

Numerous individuals who have used cannabis products to self-medicate feel it has helped them.

The parents of Billy Caldwell, 12, and Alfie Dingley, six, have lately grabbed press highlights. The youngsters’ epileptic seizures have reportedly been drastically reduced due to cannabis oil medications.

Cannabis oil is a non-recreational substance, but it is not a clinically approved treatment.

It also discovered that it might assist with sleep problems, a decreased appetite, fibromyalgia, PTSD, and Parkinson’s effects.

Today, the legislative assessment will examine the research and suggest which cannabis-based medications could offer significant therapeutic and diagnostic advantages to sufferers.

There is an ever-increasing number of individuals who indulge in using Cannabis. People use it for several reasons, from helping with different medical conditions to relaxing after a hectic day.

While several studies advocate marijuana’s potential for different conditions, mental health experts are concerned about its consequences on mental health.

And above all, as many states and countries are legalizing it for recreational and medical use, people are getting more excited to use Cannabis.

In conclusion, there are two groups, one that advocates Cannabis and one that does not. So it all boils down to the consumer taking Cannabis and how to proceed with caution.

When consuming Cannabis, it is best to choose low potency hemp plant strains that do not induce euphoria.

PrevPreviousIs Using Cannabis Make A Better Sex For Woman?
NextCannabis Vs. Alcohol: Is One Better Than The Other?Next