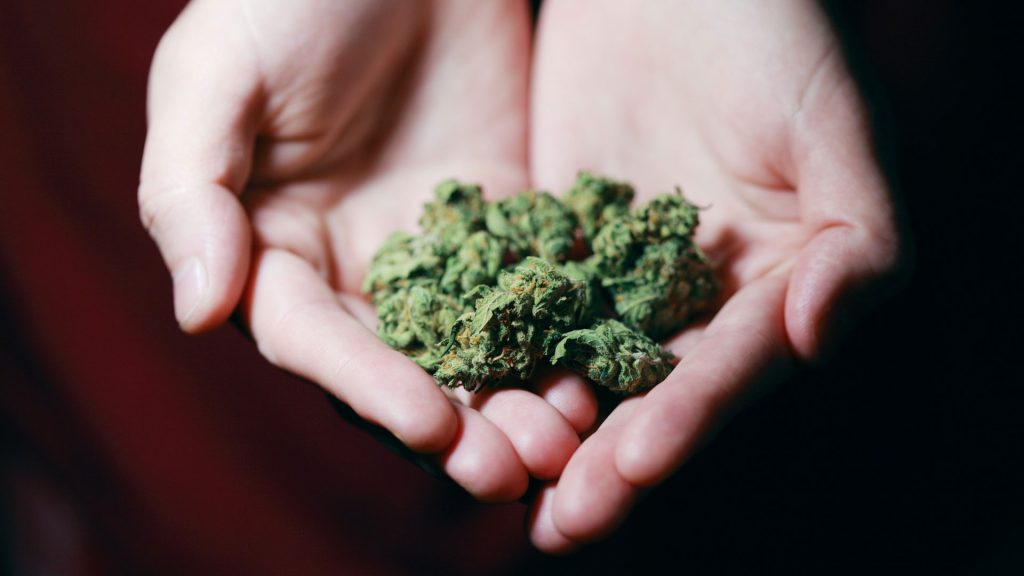 If you’ve smoked marijuana and experienced those highly meme-able “hits blunt” thoughts or ideas, or in other words an altered state of mind you had probably smoked a joint with THC in it. THC is the one that gets you “high” so to speak. CBD on the other hand acts as a sort of sedative, it calms you all the way down, makes you feel very relaxed, a sort of “body high” in contrast to THC’s “mind high”. CBD and THC are the most common cannabinoids (compounds or building blocks) found in marijuana. CBD stands for cannabidiol and THC stands for tetrahydrocannabinol. The vast majority of marijuana users cannot make the distinction between the two. So let us dive a little deeper and talk more about CBD and THC, their properties, effects and benefits, and legality across Europe.

CBD and THC have the same basic chemical structure (21 carbon atoms, 30 hydrogen atoms, and two oxygen atoms). These atoms are however arranged differently in each thus giving them different chemical properties and having different effects on the body. They both trigger neuro-receptors in the brain to affect things like mood, sleep, memory, and pain.

As mentioned THC alters the state of the mind, causing feelings such as euphoria. The amount of THC that it takes to get you there however varies from individual to individual. CBD has been established as the mellower more chilled out sibling of THC. Different amounts of CBD also affect different people differently. It is highly advised to consult with a professional, medical or otherwise on what amounts are right for you.

The majority of marijuana users have a high tolerance for CBD. As discussed, its effects are not wildly disorienting. The side effects are not easily decipherable. THC is to blame for all the side effects commonly associated with marijuana. It is responsible for the bloodshot eyes, the poor body coordination, the nausea, the quick memory loss and so on. Adults have a higher tolerance for these side effects. They however last longer in younger people and may result in long term damage to the brain. This is the reason why it is recommended that people with a not yet fully formed brain should not use marijuana.

A lot of research is currently being conducted around the medical benefits of THC and CBD for users.

CBD has only just begun to find a place in the medical realm, being used as a supplement to reduce anxiety, help counter the effects of depression, help fight insomnia, Crohn’s disease, arthritis, diabetes, autism, chronic pain, multiple sclerosis and many other conditions.

The jury is however still out on THC but it has reportedly successfully been used to ward off the effects of nausea. It has also been found to be helpful in dealing with the effects of asthma by dilating the airways of patients so they can breathe better and helping to reduce body tremors.

As at the date of this publication, no national government in Europe supports the legalization of marijuana for recreational purposes. This is despite evidence from policies enacted in various European countries since the late 1990s showing that decriminalization and harm reduction did not have as big a negative impact as had been projected. Decriminalization is a word that pops up frequently around discussions of cannabis control. It means to reclassify an offence from criminal to non-criminal. Other keywords are depenalization­—an offence retaining its criminal classification but no longer warranting punishment, and legalization—a 180 degree reclassification of an offence from offensive and prohibited to non-offensive and permitted. Legalization is often used in reference to the supply of cannabis and rarely for possession.

At the moment all European Union member countries treat the possession of marijuana for personal use as an offence. The silver lining is that most of these countries do not impose prison sentences as a penalty for minor cannabis-related offences, and even in those countries with imprisonment in their policies, national guidelines often advise against it.

Luxembourg is on its way to becoming the first European country to legalize marijuana. Adult residents of the country (those of 18 years and above) are expected to soon be able to legally purchase the drug for personal and recreational use. The state will however form a national agency to regulate production and distribution as well as impose and collect tax on sales. The country has led the charge encouraging her European neighbors to cultivate a more open-minded attitude towards drugs.

The Netherlands, although not having completely legalized cannabis, is touted as the European country with the most relaxed attitude towards the possession, trade, and use of cannabis for recreational purposes. What they have is a something called a “tolerance policy” under which recreational use of the drug is widely accepted within bounds. In the Netherlands coffee shops have been used as outlets for the sale and on-site consumption of cannabis products since the 1970s. The coffee shops are usually provided license by the local municipalities. The majority of them however are located in Amsterdam.

Outside of Europe, countries that have legalized the use of marijuana include Uruguay in 2013, becoming the first country in the world to do so, Canada in 2018 (Canada made it legal to possess a maximum of 30grammes of cannabis at any given time and Luxembourg is set to follow suit with her legislation), and 11 American states including California, Washington, Alaska, Maine, Massachusetts, Michigan, Colorado where it is mostly permitted for medicinal and in-home use.

Research conducted on young European residents in 2011 and 2014 indicated that the number of respondents who were in favor of banning the sale and recreational use of marijuana, rather than regulating it, had dropped from 59% to 53%.

With steps like the ones countries like Luxembourg and the Netherlands are taking towards the legalization of marijuana and changing attitudes and perceptions about the drug, Europe could well be on its way to continent-wide decriminalization, depenalization, and even complete legalization in a few short years.